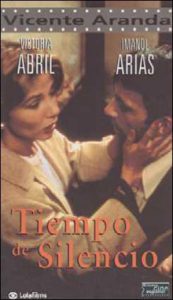 Set in the 1940s, in the early days of the Franco’s regime, the plot follows the story of an ambitious doctor who is accused of killing a woman while he tried to save her life after a botched abortion. The film is an intriguing tale of sex, death and alienation with philosophical overtones.