Too Beautiful for You 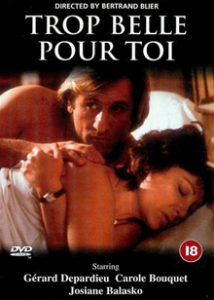 A car dealer, well-to-do and with a beautiful wife, finds himself attracted to his rather plain new temporary secretary. Despite her own commitments she feels the same and the two soon embark on an affair. Though it would seem it has happened before his wife finds this particular entanglement of her husband’s very difficult to accept.