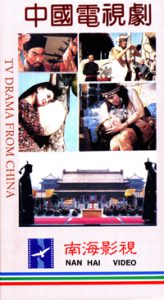 In China, TV drama is a very new media, but it has already proved to be extremely popular among the country’s audiences. The three most common formats are the series, the one-act play and the mini-play. Many of the themes are drawn from China’s five thousand year long history, covering famous personalities and well know literary works. Chinese TV drama also deals with modern subjects, such as relationships between people, ethics, and China’s social transformation and economic construction. Every year, there is a nationwide TV drama competition, which has successful promoted the development of quality TV productions in China.