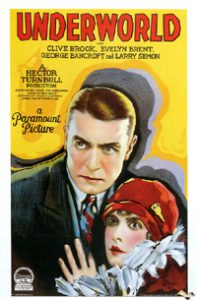 Adding to Weed’s troubles are attempts by a rival gangster, ‘Buck’ Mulligan, to muscle in on his territory. Their antagonism climaxes with Weed killing Mulligan and he is imprisoned. Awaiting a death sentence, Rolls Royce devises an escape plan, but he and Feathers face a dilemma, wondering if they should elope together and leave Bull Weed to his fate.  (A Silent Film)