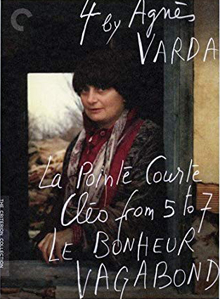 In winter in the south of France, a young woman is found frozen in a ditch. She’s unkempt, a vagabond. Through flashbacks and brief interviews, we trace her final weeks as she camps alone or falls in with various men and women, many of whom project their needs onto her or try to give her life direction. She squats in an old house smoking hash with a man, falls for a Tunisian laborer and works beside him pruning grape vines, stays with a couple shepherding goats, meets an agronomist trying to save plane trees, gets tipsy with an old woman, and has an offer to appear in porn films.