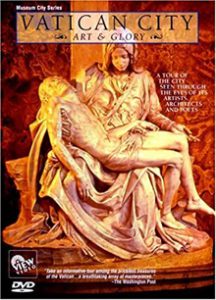 Conceived in glory and preserved in art, Vatican City is both the capital of Roman Catholicism and the repository for a sublime array of Italy’s cultural masterpieces. The smallest independent principality in the world, it lies on the banks of the Tiber in the center of Rome, with the Pope presiding as leader of this city-state.

See the Vatican’s priceless treasures through the eyes of its artists, poets and architects: Michelangelo’s Sistine Chapel ceiling, the Pieta and the dome he designed to crown St. Peter’s Church; Bernini’s canopy rising from the center of the Church’s nave. Visit St. Peter’s square- its colonnaded arms spread to enfold its guests; the museums which hold some of Western Civilization’s most prized works; Raphael’s School of Athens, the Apollo Belvedere… All of this and more can be found in what Pope Pius XI called “this small patch of earth.”