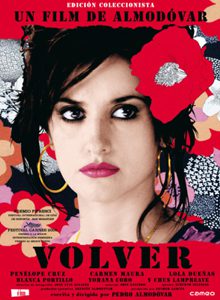 Raimunda, her daughter Paula and her sister Sole travel from Madrid to the windy and superstitious village of Alcanfor de las Infantas to visit the grave of their mother Irene, who died years ago in a fire with her husband. Then they visit Irene’s sister Paula, an old senile aunt that raised Raimunda after the death of her parents that insists to tell them that Irene is alive and living with her; later, they go to the house of her neighbor and friend Agustina, who gives a support to Paula. They return to Madrid, and after a hard day of work, Raimunda meets her daughter completely distraught at the bus stop waiting for her. When they arrive home, Paula tells her mother that she killed her unemployed father Paco, who was completely drunk and tried to rape her. While Raimunda hides his body, Sole calls her to tell that their beloved aunt Paula has died. The next morning, Sole travels alone to the funeral, and when she returns to Madrid, she finds her mother hidden in the trunk of her car…