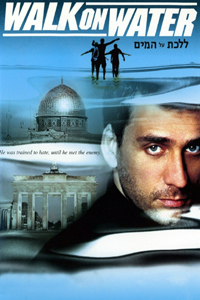 An Israeli Mossad agent is given the mission to track down and kill an ex-Nazi officer who might still be alive. Pretending to be a tourist guide, he befriends the Nazi’s grandson, in Israel. The two men set out on a tour of the country during which the boy challenges the agent’s values.

Eyal (Lior Ashkenazi) is a Mossad special agent with a brusque, sardonic manner and a marked lack of sentiment for the terrorists he targets for assassination; asked to speculate on their motivations, he barks, “What’s to think? They’re animals.” After an unexpected tragedy in Eyal’s personal life, his supervisor (Gidon Shemer) sends him on an unusual assignment: to track down a Nazi war criminal in hiding, Eyal must pose as a tour guide to spy on the old man’s adult grandchildren, in particular Axel.  When Axel drags his host to a gay bar (and adds insult to injury by flirting with a Palestinian Arab), the macho Eyal withdraws abruptly, asking to be removed from the case. But later Eyal makes a trip to Germany that forces both men to reconsider their political and erotic allegiances.