What the Eye Doesn’t See 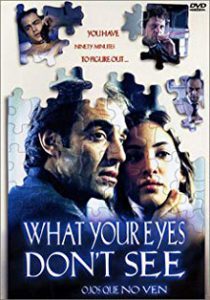 The film ties six stories during the days when the “vladivideos” (tapes where Vladimiro Montesinos, the Peruvian’s president councellor, is recorded while he was buying opposite politics) have appeared causing the fall of Fujimori’s government in Peru.