When the Bells Sound Clearly 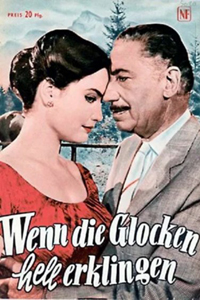 Austrian count von Warthenberg has been a grumpy stud-farm-recluse since his wife’s death. This summer, his old lover Susanne Weiden arrives, hoping for a ‘fat’ marriage and financial gain. But his daughter Hanna has made other plans with secret lover Michael, director of Vienna’s world-famous Wiener Sängerknaben, who will spend the Alpine countryside holiday in the village. Among the group is adolescent Michael ‘Mikel’, son of the count’s estranged elder daughter Maria. The plan is to make grandpa and knave meet and bond before their blood-ties are revealed. A stray dog and equestrian genes manage to play a role in the plan.