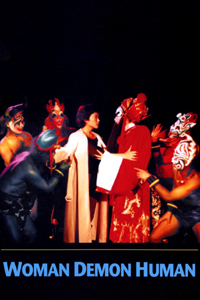 The fictional life and career of a famous actress in Chinese opera, a woman who goes against tradition by specializing in playing male roles, especially that of Zhang Kui, a benevolent ghost who appears in several Chinese operas. Although the actress’s career brings wealth and fame, it is attained only through considerable struggle against an anti-female system and an unhappy personal life.  The film tells the story of Qiu Yun and her personal struggles over gender identity and conflict resolution within her family life.  Scholars such as Shuqin Cui have written that the film portrays its protagonist, based on real-life actress Pei Yanling, as actively struggling with her simultaneous desire for and rejection of female identity.