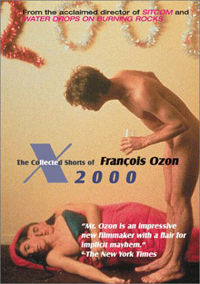 Three naked couples sleep, make love, and awake in an empty skyscraper littered with millennium party debris in one of four provocative shorts from France’s most acclaimed young director, François Ozon.  The world is silent and pregnant with new possibilities. “Truth or Dare” (1994, 4 min.) – Four teens discover the pain and excitement of emerging sexuality while playing a harmless children’s game. “Little Death” (1995, 26 min.) – Paul, a young photographer, is estranged from his family. When his sister persuades him to visit his dying father in the hospital, Paul discovers that he can never escape his origins. “Bed Scenes” (1997, 26 min.) – A series of liberated comic sketches on sexual etiquette, unbridled passion, and post-coital after-tastes.  Ambiguous as it might be, this is an audacious Ozon, producing an intoxicating atmosphere where very single glance we have of anatomy shows man’s primitiveness.