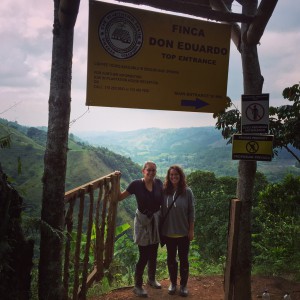 After a recent four month backpacking trip through Central and South America (with fellow UD Alum Jenna Winn, ’09), Nicole decided to put her Spanish Studies degree to practical use and move to Colombia for a year to teach English! She’s going through a program called Heart for Change and will leave in January 2016. She is excited to finally be using her Spanish (which she honed through UD’s study abroad programs to Merida, Mexico, Buenos Aires, Argentina and Granada, Spain) on a daily basis. Her goal is to be bilingual eventually and work in a career where she can help immigrant communities in the US.

After spending the past six years in the Public Relations field, Nicole is thrilled to be making a career change that is more in line with her interests and passions. Her love of foreign travel has been the main catalyst for this change — a love that was sparked on her first study abroad experience in 2006 to Merida, Mexico her freshmen year. UD’s study abroad program is unique in that it encourages first year students to go abroad and offers Winter Session trips all over the world. Nicole never realized what an incredible asset that was until she spoke to friends at other schools. She studied abroad three times in four years, living with local families and immersing herself in incredible cultures. Nicole adds, “UD’s study abroad program was hands-down the most formative aspect of my college experience. Looking forward to the next chapter!”