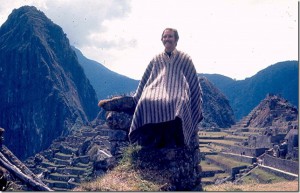 Richard Panadero at Machu Picchu in 1973 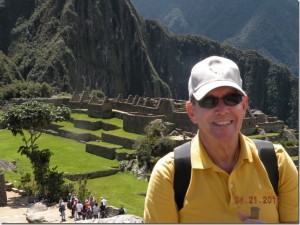 Richard at Machu Picchu in 2012

Richard pursued a double major in History and Spanish, and he greatly enjoyed and profited from his Spanish language classes.  Born in Cuba, which he left in 1958, at the age of thirteen, he found his Spanish-language studies at the University to be invaluable in expanding both his command of the language and his knowledge and understanding of Hispanic culture.  He asserts that his experience at Delaware enriched his life immeasurably. He notes, “I thoroughly enjoyed my professors and obtained a greater appreciation of literary analysis in classes such as those of Professor Valbuena.  My experience with the Language Department at Delaware continues to sustain me today, as I continue to read widely in Latin American literature of the “Boom” and beyond.  Just as important was the advantage I possessed by being able to use my language skills in the Miami Dade Public School system, where I taught Social Studies for 38 years.  Dozens of trips to South America were made more enjoyable as a result of my facility with Spanish and familiarity with the culture.  Lasting friendships in Ecuador and other nations resulted from my travels.  I happily acknowledge my debt to the Language Department at the University of Delaware. I remain to this day a proud Blue Hen.”