Dr. Jesús Botello oversaw the dramatic presentation of an entremés (a farce staged between acts of a longer play) by Miguel de Cervantes entitled “La cueva de Salamanca,” at the May 2014 initiation ceremony for the Spanish honor society Sigma Delta Pi. 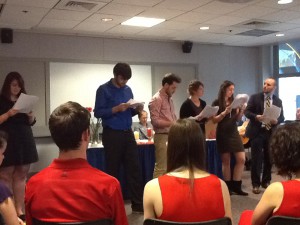 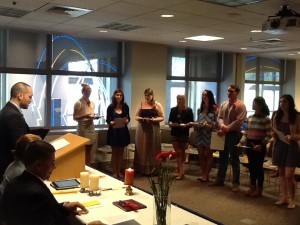 This entry was posted in Polyglot, Student Awards and tagged Fall 2015 Polyglot, Spanish.