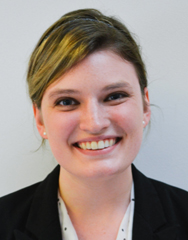 Selby Seador graduated from the University of Delaware in the Spring of 2017 with a BA in International Relations and Spanish. Her minors were history and Latin American/Iberian Studies.  Her main hobbies include languages and travel. She studied Russian for a year at the University, and also pursued Portuguese which she intends to continue learning alongside Spanish.  As for travel, Selby studied abroad four times while pursuing her Undergraduate degree, mostly to Latin America.  She studied Spanish in Costa Rica, Chile, and Spain and took Portuguese in Brazil.  She also led a service learning trip offered by the UD Honors Program to the Dominican Republic.  Additionally, she has been on vacation in Japan, England, Ireland, France, Morocco, Norway, and Finland.  She enjoys countries where she can practice her Spanish, learn a new language, and enjoy outdoor pursuits.  Her next goal is to hike the mountains of Peru and Bolivia.