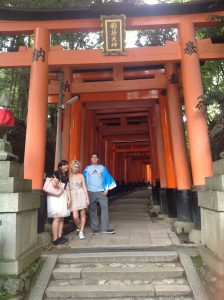 The 2015 Summer Kobe was led by Ms. Mutsuko Sato. UD students visited Kyoto and Osaka with their language partners, as well as Nara during a homestay weekend.  Himeji city and castle was visited once more during the Yukata (a light cotton summer kimono/pajama) festival, and this year students had an optional trip to Hiroshima, visiting Miyajima Shrine and the Atomic Bomb Museum. Cultural activities included naginata (a marital art involving a Japanese halberd- a blade at the end of a long pole), shodo (calligraphy) , sado, (tea ceremony), and much more.

As always, we sent two students on scholarship to Soka University for a year, one student to Seinan University on exchange, and seven students to Akita for our fall semester program. 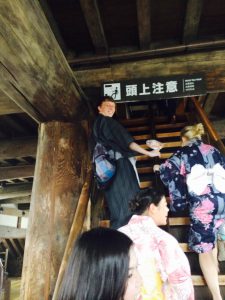 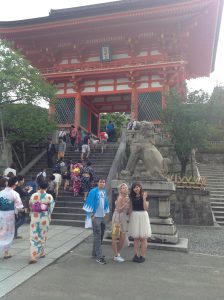 UD students at the gates of Kiyomizu temple in Kyoto 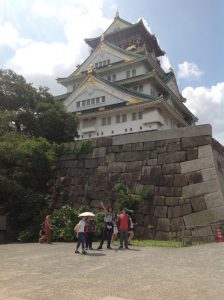 UD students at the foot of Himeji Castle 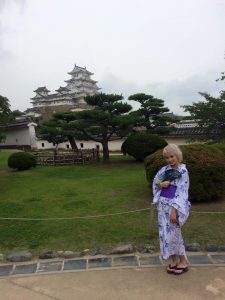 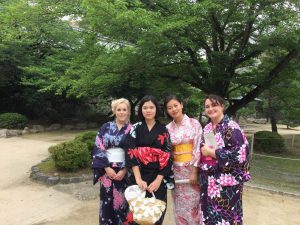 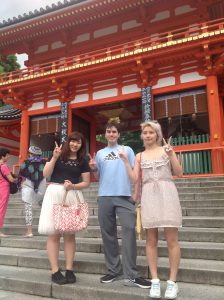