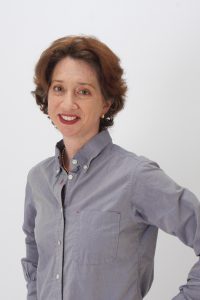 The African Americas Project was inspired by the 2011 exhibition Keith Morrison: Middle Passage in the University Museums’ Paul R. Jones Collection for African American Art. The notorious “middle” leg of the triangular route of commerce between Europe, Africa, and the Americas placed human beings squarely at the center of the capitalist enterprise, as a commodity to be acquired, transported, and distributed for investors’ profit. Diaspora describes this dispersion and deracination, but also the sowing of seeds of culture in new environments. A Jamaican who now resides in the United States, painter Keith Morrison (b. 1947) explores the diasporic experience of transnationalism, as well as a persistent “in-between-ness.” The Atlantic and Caribbean waters of the Middle Passage provide Morrison with a flexible metaphor for death and suffering, as well as salvation and rebirth.

The exhibition coincided with the fortieth anniversary of UD’s Black American Studies program, newly designated a department, and the thirty-fifth anniversary of the Center for Black Culture. With the collaboration of Dr. Julie McGee, Curator of African American Art at the University Museums, Dr. Colette Gaiter of Art, and Dr. Carol Henderson of Black American Studies, we proposed a radically multidisciplinary gathering to reflect on the impact of the Middle Passage in multiple modes of cultural expression. We effected a long-overdue collaboration between Black intersecting perspectives on the diaspora, and invited artists, musicians, filmmakers, historians, and other scholars from Latin America, the United Kingdom, the United States, and the Caribbean to join us over several days of activities which we captured on video and in an edited volume, African Diaspora in the United States, Latin America and the Caribbean (UD, 2014). The book demonstrates the enormous diversity and depth of intellectual and artistic production arising from the Middle Passage, calling for new collaborative approaches to the subject. The works explored reflect on loss and dispersal, offering expansive and dynamic perspectives which are neither wholly African nor wholly American.

The title of our project, “The African Americas” was intended to communicate—and override—the limitations imposed by specific disciplinary approaches, which themselves reflect divisions arising from linguistic, geographical, and economic difference. The experience described by the great French Martiniquais writers is quite distinct from that of the painters of the Anglophone Caribbean or revolutionary Cuba, and yet they are radically united by the historical fact of the Middle Passage. Scholars of the African Americas are likewise segregated by region or period, by language, and by discipline, but our expertise can be enormously enriched by eliding such differences, juxtaposing and recontextualizing disparate vocabularies of image, word, and thought. “The African Americas” insists on the transcendent interconnectedness of histories, stories, and cultural and disciplinary expression, and the centrality of the Middle Passage in connecting Harlem and Brooklyn to Havana, Kingston, and Rio de Janeiro. This framework urges the reader to consider the Americas as a locus of African encounters that contain and regulate “white” history, rather than the reverse.

The African Americas Project was made possible through generous grants from The Delaware Humanities Forum, a state program of the National Endowment for the Humanities, the University Museums’ Paul R. Jones Initiative for African American Art, the University of Delaware College of Arts and Sciences’ Interdisciplinary Humanities Research Center, headed by then-Associate Dean Ann Ardis, and numerous programs including Latin American & Iberian Studies, Black American Studies, the Center for Global and Area Studies, Anthropology, Art History, Art, Music, Languages Literatures and Cultures, History, Women and Gender Studies, and the University of Delaware’s Office of Equity and Inclusion. 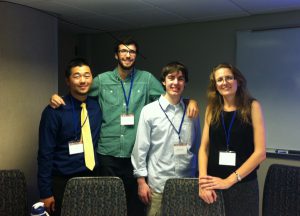 Japanese Culture in Videogames: An Exercise in Interdisciplinarity

To me, ‘interdisciplinary’ means crossing boundaries, drawing comparisons and contrasts between and across different areas of study. I work in Japanese Studies, analyzing Japanese literature, film, manga (comics), and videogames, to discover how the Japanese people have historically represented themselves and others. The idea of a national ‘Japanese Self’ has been explored by artists in all these different fields of creative endeavor. I enjoy drawing comparisons between specific films, games, novels, and manga, to shed more light on Japanese perceptions of identity. Thematically, Japanese videogames have much in common with other Japanese narrative media. Videogames of all genres, from role-playing games like Final Fantasy to fighting games like Soul Calibur, explore serious issues like childhood abandonment, the fear of nuclear power, and ambivalence towards Japan’s colonial history. I am writing a book titled Japanese Culture in Videogames to explore these ideas in more depth.

Using different approaches from Film Studies or Game Studies, I analyze the various texts to see how the audience experiences the narrative through different modes of sensory input. The idea of ‘interacting’ with a text can mean watching a film and actively empathizing with the hero, or playing a game and controlling the movements of the avatar in a 3D graphic environment. An author, illustrator, film director, or game developer also have various methods by which they can convey their own opinions about political issues, creating an underlying ideology of the text. Where an author may use specific words, imagery, or narrative development to suggest their ideology, a film director may use camera placement and editing, a manga artist may use different sized panels and free-floating text, or a game developer may use specific programming rules to enforce what is allowed and what is forbidden in the virtual environment. Comparing media in this way can illuminate various thematic readings of the text, as artists will get the same point across in very different ways depending on the art form.

Lately I have been looking at the concept of bioethics in Japanese videogames, and how it is connected to a deep-seated unease with nuclear power. The scientific manipulation of genes to make a human body stronger, for example, appears in many games from the mid-1990s onward. Similarly, many games from this period deal with the issue of nuclear power, arguing that the use of atomic weaponry and atomic energy is irresponsible, even immoral. I think the two ideas are related, because both stem from experimenting with the core of an atom—either cloning or splitting the nucleus. The mid-1990s in Japan saw many minor accidents at nuclear power plants, and public protest succeeded in blocking the construction of nuclear plants at two sites. The relationship between text and historical context is therefore very clear, but the relationship between bioethics and nuclear fears may not be so clear to readers. Drawing new connections between prevalent themes is an exciting challenge.

I have logged many hours playing various videogames, and I am fortunate to be able to use this experience in my teaching and research. Since establishing the Games Lab in Morris Library in 2009, hundreds of students have experienced the joys and frustrations of Final Fantasy, Soul Calibur, Metal Gear Solid, and The Legend of Zelda. Playing games for course teaching, I have experienced the ups and downs of gameplay in real time with my class. Like reading a short story and discussing it afterward, or watching a film together with a room full of students, playing games together allows us to explore our own reactions to the narrative while getting to know each other and ourselves. Interdisciplinary work has broadened and enriched my research and teaching, and the students benefit from drawing new connections between texts, genres, and different fields of study. 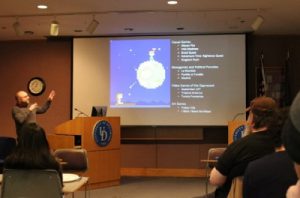 Over the past several decades, video games have become an enormous social, cultural, and economic phenomenon worldwide, one whose impact on society goes far beyond the entertainment they provide for their players. As I argue in my new book Cultural Code: Video Games and Latin America (MIT Press, 2016), games are not just used for leisure, but rather are being referenced, reviled and regaled, polemicized and politicized, monetized and monumentalized, and otherwise converted into cultural currency with increasing frequency.

My analysis focuses both on how culture uses games and on how games use culture. On one hand, this means looking at the ways society uses games not only as a form of leisure whose popularity and profits have eclipsed those of other types of media, but also the ways games are used for purposes like education, advertising, political activism, artistic expression and economic production. On the other hand, it means focusing on the ways video game designers use signs, symbols, and environmental elements to create cultural context in their products.

Like all gamers, Latin Americans approach games first and foremost as players, and my investigation points to unique local practices, playing habits, and software and hardware adaptations throughout the region that reflect a diverse and expanding population of gamers that crosses all socioeconomic sectors of society. At the same time, Latin America is home to a host of cultural contexts that have been portrayed throughout the history of video games, from the ancient ruins explored in Pitfall!, Tomb Raider, and the Uncharted series to the paramilitary warzones of Contra, Just Cause or Call of Duty, making the region key to understanding the history of in-game cultural representation.

Examining the complex relationship between video games and culture requires a fundamentally interdisciplinary approach. When examining how culture is represented in games, for example, I draw on my background in literature, analyzing the role of narrative in games’ meaning and how elements such as realism, verisimilitude, parody, and irony affect the messages they transmit. Likewise, film studies, media studies and aesthetics all make important contributions to the way I examine games’ use of culture. When analyzing the ways Latin American cultures use games, I draw on a different disciplinary toolbox, turning to economics, political science and history to examine the real-world effects of games on society.

Bringing all of these different disciplinary perspectives into harmony has been one of the greatest challenges as well as one of the greatest rewards for my research. My colleagues in the Game Studies Research Group at the University of Delaware have assisted by helping me understand perspectives on games from their own disciplines and departments, which include Computer Science, Art, English, Japanese, and Communications. With the support of the Interdisciplinary Humanities Research Center, our group has developed a new Game Studies minor, which accepted its first enrollments in fall of 2015. As part of that minor, I developed a new undergraduate course, Video Games and Latin American Culture, which I taught in English this past fall to my own largest class students ever, some seventy-five students from a broad range of majors, cultural backgrounds, and academic perspectives. These experiences have allowed me to form relationships with colleagues and students from outside of my usual range of experiences, connecting to a population that, like my own work, is interdisciplinary in nature.