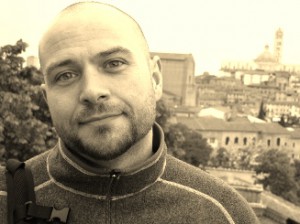 Learning and Development for a Complex, Ever-Changing World

Where will you be twenty years from now? How will you be using what you are learning today? Which of the experiences that you value today will still matter an ounce to you then? What will you be grateful for after you’ve stumbled and soared across twenty more years and thousands more miles?

Nobody can know the answers to these questions, because such wisdom arrives only in hindsight. As I look back today, the remarkably motley fabric of my past twenty years sparkles frequently with the (blue and) golden fibers of three core values, experiences, and lessons learned inside classrooms and beyond:

At the end of my time at UD, packed full of language ability, wanderlust, and passion for learning and teaching, I moved to Washington, DC, for a second MA in international affairs. I had been equally flattered and frustrated when the literature professors urged me to switch tracks and pursue a PhD in literature; instead, I felt compelled to examine and celebrate the living language of the streets, jokes, subway systems, and workplaces of the world: I wanted to put the language to use. I also wanted to make the world a better place, first through civil rights advocacy at the National Gay and Lesbian Task Force, then through international development work at the National Democratic Institute for International Affairs, and later through a rewarding decade of service at the Central Intelligence Agency.

It was at the CIA where I put my UD FLL experience to most rigorous use – not only foreign language ability, but also the capacities I had developed there for achieving big goals, thinking critically, communicating effectively, and effectively navigating cross-cultural encounters. Entering on duty in the long shadow of the events of 9/11, I managed intelligence reporting related to counterterrorism, terrorism finance, and weapons of mass destruction for five challenging years. I supervised staff and contractors, helping them learn, grow, and succeed. I served as a legislative fellow supporting Congressman Keith Ellison, the first Member of Congress to be a person of Muslim faith. I led diversity and organizational change efforts within the Clandestine Service and elsewhere throughout the CIA.

Then I shifted my professional focus to executive leadership development and change management before leaving the CIA in 2012 to enter private practice as a coach and organizational effectiveness consultant. Many of my clients today are in global organizations like the World Bank, the International Monetary Fund, or the U.S. Intelligence Community, where cross-cultural agility is key, even when the common language is English. More concretely, designing learner outcomes and individual development plans today summons my experience in FLL creating lesson plans for Italian 105.

No, I don’t speak French, German, or Italian every day, twenty years later, nor do I stand before a classroom of language learners or publish papers about Calvino’s genius or Molière’s wit. Yet in many ways I’ve come unexpectedly full circle, back to my roots of learning about and embracing our human differences of expression and culture, beliefs and styles – and helping leaders and organizations face the challenges of effective performance in our complex and changing world.

This entry was posted in Polyglot and tagged French, Spring 2014 Polyglot.