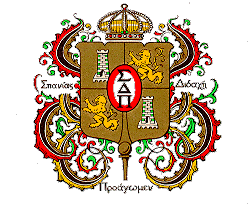 On May 4, 2018, the Spanish Program at the University of Delaware inducted 19 new members into the Spanish Honor Society, Sigma Delta Pi. The festivities were organized and directed by Dr. Susan McKenna. After the pledge, Drs. Gladys Ilarregui and Alexander Selimov read a moving selection of poetry to inspire the initiates and awardees. Brendan Evans also played three lively pieces on guitar, La Filla del Marxant, Traditional, arranged by Miguel Llobet; Etude no. 5 by Heitor Villa-Lobos; Campanas del Alba by Eduardo Sainz de la Maza; and El Registro by Antonio Lauro. Following the musical interlude, the outstanding students in our 300 and 400 level courses and our graduate classes were recognized for their academic achievements. Congratulations to them all!

Awards for Excellence in Spanish Studies

Awarded for the best essay by a graduate student in Spanish Studies. Recipient:

Awarded for the best essay in an undergraduate upper-division course in Hispanic literature.

Daniel Schaefer for his essay “Viernes sereno” written under the direction of Professor Cynthia Schmidt-Cruz.

Awarded for the best essay in an undergraduate survey course in Hispanic literature. Recipient:

This entry was posted in Polyglot, Student Awards and tagged Fall 2018 Polyglot, Spanish.