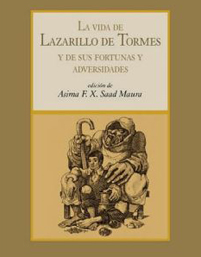 Since its publication in 1554, Lazarillo de Tormes has continued to fascinate and confuse its readers: is it an autobiography or the product of a creative mind, thus, a work of fiction? Is the author really anonymous? Was a new genre created with Lazarillo, or is it a mere precursor? This novella is read, studied, and taught as a canonic work of the picaresque although some scholars ascertain that the genre was born five years later with Mateo Alemán’s Guzmán de Alfarache. By using a postmodern looking glass it may become possible to calibrate much of what has been said about Lazarillo de Tormes. The awareness of the historical moment can make the reader come to the realization that Lazarillo speaks openly about an unfortunate if not despicable reality fraught with famine and abandonment in a society ruled by prejudice and persecution in the name of God, the Monarch, and the Church. Four editions were published in 1554 (Alcalá, Amberes, Burgos y Medina del Campo), yet the Spanish Inquisition prohibited the book in 1559; it was not until the 1800s that it was brought back to light, even though it was translated and reprinted continuously throughout Europe. For over four and a half centuries, Lazarillo has provoked polemics having to do with realities that are not removed from our present-day world. This new edition seeks to present the so-called picardías of the young lad that sets forth the title of this timeless text while discovering the connection that it continues to have with the outcasts, in particular the abandoned and abused children of all times. This edition by prof. Asima F. X. Saad Maura includes a clear foreword, an exhaustive set of notes and a detailed chronology that allows the modern reader understand in depth the text and fully enjoy reading this cornerstone of the hispanic literature.