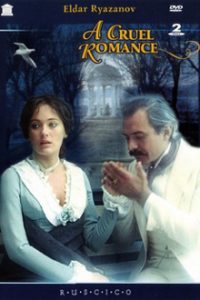 The film is a cinematographic adaptation of the classical Russian play “Dowry-less” by A. Ostrovsky which features a widowed noblewoman Kharita Ignatyevna Ogudalova, who comes from a very respected family and is blessed with three marriageable daughters. She has fallen into poverty since her husband’s death, but tries to do everything possible to improve the lives of her daughters, which means helping them to happily marry rich and noble men. Because of her lack of money, Ogudalova keeps her house open to strangers, hoping that the company of her three beautiful music-loving daughters will attract many single and rich men who could marry the girls.