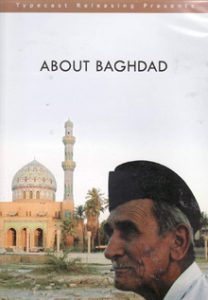 About Baghdad is the first film made about Iraq after the fall of the Ba’ath regime in July 2003. It is also perhaps the first effort to privilege the voices of the Iraqi people, from all walks of life as well as social, economic and ethnic backgrounds. While many have talked about and for the Iraqi people, few media outlets have sought to probe beyond the simplistic binary of pro-US/pro-Saddam perspective so often found in Western and Arab media portrayals of Iraq. About Baghdad presents Iraqis who describe the pain, complexity and suffering of living under decades of tyranny, oppression, wars, sanctions and now occupation. Silenced for so long by a regime that sought to replace the people with the image of just one man, and re-silenced by the bombs and occupation forces, the Iraqi people long to speak out and to claim their future