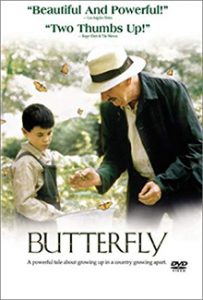 For Moncho, it’s an idyllic year: he starts school, he has a wonderful teacher, he makes a friend in Roque, he begins to figure out some of the mysteries of Eros, and, with his older brother, a budding saxophone player, he makes a trip with the band from their town in Galicia. But it’s also the year that the Spanish Republic comes under fire from Fascist rebels. Moncho’s father is a Republican as is the aging teacher, Don Gregorio. As sides are drawn and power falls clearly to one side, the forces of fear, violence, and betrayal alter profoundly what should be the pleasure of coming of age.