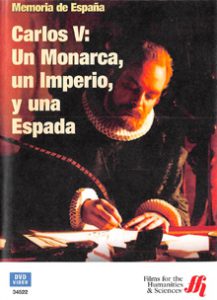 A child of Belgium, a speaker of French, and a Habsburg on his father’s side, there was little Spanish about Charles V, yet Spain was the core of his kingdom. This program follows the cosmopolitan “Carlos Quinto,” King of Spain and Holy Roman Emperor, through two coronations, a wedding, wars with France and the Ottoman Empire, the Reformation and the Counter-Reformation, and his retirement to the Monastery of Yuste. Dramatizations, maps, artwork, and noteworthy buildings from all over Europe are featured throughout.