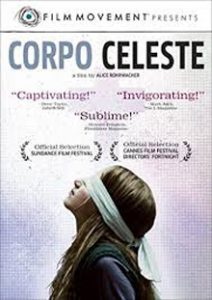 Thirteen year-old Marta has recently moved back to southern Italy with her mother and older sister and struggles to find her place, restlessly testing the boundaries of an unfamiliar city and the catechism of the Catholic church.  The film deals with a young girl’s experience of coming of age and receiving Confirmation, especially considering that her parish is run by a corrupt priest, Don Mario, and his helpers. Marta’s relationship not only with herself but with the alienating world which surrounds her, including the Catholic Church is explored through her eyes.