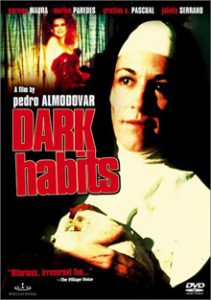 Yolanda, a nightclub singer and junkie, decides to hide out rather than face the cops when her boyfriend dies from a drug overdose.  She winds up at a convent that specializes in saving women from the street.  However, this is not your average group of nuns.  When the eccentric nuns face the possibility of their convent closing, they throw a final and extravagant party starring Yolanda to try to persuade their wealthy patron not to abandon them.  The film is an exploration of the anachronistic situation of institutionalized religion in contemporary Spanish society.