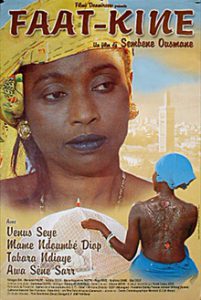 A forty-year-old woman refuses to give into the stigma of unwed motherhood and climbs the ladder of success in a male dominated field. Set in present-day Dakar, Sengal, the film provides a critical look at modern, post-colonial Senegal and the place of women in that society. It gives a clear glimpse into life of the Senegalaise middle-class and presents present-day Dakar in all of its contradictions of poverty and wealth, tradition and modernity.