I, Claudius – A Touch of Murder & Family Affairs – Volume 1 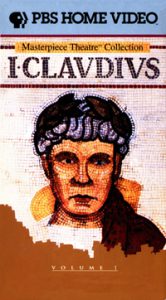 A Touch of Murder – The emperor Augustus rules the Roman Empire but is ruled himself by his scheming second wife Livia.  As treacherous as she is beautiful, Livia plots to ensure that the throne will be inherited by her son Tiberius from her first marriage.  To do this, Livia stops at nothing – even murder.  In her path stands Julia, Augustus’ spoiled daughter from her first marriage.  If only Livia can convince her son to divorce his wife and marry Julia, her plot will be complete.  When Augustus’ friend Marcus Agrippa marries Julia instead, Livia spins a web of revenge.

Family Affairs – For nine years Livia seethes, waiting for the chance to get even.  When she masterminds the poisoning of Julia’s husband, the marriage of her son Tiberius to Julia can finally be achieved.  But the match is doomed to fail.  Tiberius views Julia’s four young children as enemies, and still pursues his ex-wife, while spies watch his every move.  He also longs for a life abroad with Rome’s legions of soldiers, like his brother Drusus, who commands an army in Germany.  But Tiberius remains stuck in Rome’s dark politics, at the emperor’s beck and call.  When Drusus dies in the care of Livia’s doctor, Tiberius is driven to despair.  With infidelity and violence, Tiberius courts the emperor’s rage until he is banished from Rome forever.  The emperor, now desperate for an heir, turns an eye to Julia’s sons, while his wife Livia plots her next move.