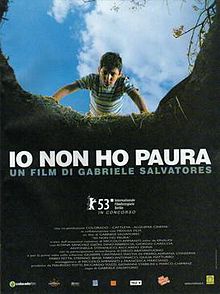 In a small town in Italy in 1978, 9-year-old Michele (Giuseppe Cristiano) finds Fillipo (Mattia Di Perro), seemingly dead in a deep hole in the ground, while on a bike ride with friends. Terrified of what he has seen, Michele decides not to tell his father. After returning to the scene, Michele discovers that Fillipo is still alive and bound by a chain. Michele continues to keep his secret as he makes several visits to Fillipo, who has no memory of the events leading up to his captivity.