Jean Cocteau: Autobiography of an Unknown 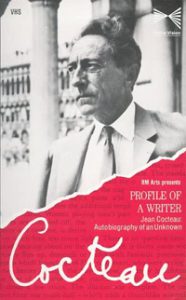 Writer, poet, painter, designer, and filmmaker Jean Cocteau was a member of an extraordinarily creative group of artists who gathered in Paris in the early 20th century. In this self-portrait, Cocteau describes his encounters with luminaries such as Picasso, Renoir, Nijinsky, Satie, and Chaplin. Photographs, archival footage, and clips from Cocteau’s films provide a precious record of an expressive artist and a rare and delightful man.