Kurosawa: A Documentary on the Acclaimed Director 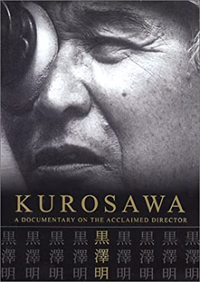 Director Adam Low explores the life and work of Japanese director Akira Kurosawa, who is widely considered one of the greatest and most influential film directors of all-time. Low begins with Kurosawa’s childhood in Tokyo and chronicles his ascent following the release of such masterpieces as “Rashomon,” “Seven Samurai” and “Throne of Blood.” The film also includes interviews with figures Kurosawa has influenced, including such film icons as Clint Eastwood and George Lucas.

From Rashomon (1950) to Ran (1985), Akira Kurosawa set new boundaries for world cinema.  His extraordinary career spanned one of Japan’s most dramatic centuries, and produced a string of masterpieces unrivalled in motion picture history.  In the first major documentary to be made since his death in 1998, Kurosawa’s family and colleagues are joined by critics from Japan and America to produce a comprehensive assessment of his achievement.  Shot in High Definition, this revealing look at the acclaimed director features extensive clips from Kurosawa’s greatest films and includes interviews with James Coburn and Clint Eastwood along with longtime associate Teruyo Nogami, actresses Machiko Kyo and Isuzu Yamada, actor Tatsuya Nakadai, director Kon Ichikawa  and critics Tadao Sato and Donald Richie.