The Death of Pinochet 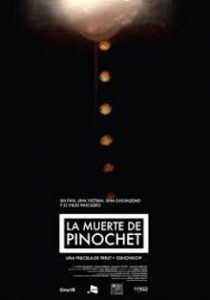 On December 10, 2006, General Pinochet dies unexpectedly in Santiago’s Military Hospital. For 24 hours, his death reawakens the political divisions that marked Chile’s recent history with death and violence. Using original footage and the testimonies of four characters who lived through that day of profound contrasts, the film relates the end of a key chapter in Chile’s history. Clear eyed and provocative, The Death of Pinochet is an intimate and surprising portrait of Chilean society. With undeniable historical, social and political importance, this moving film expresses the vitality of a nation.