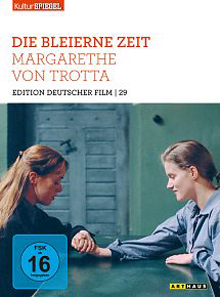 Sisters Marianne (Barbara Sukowa) and Juliane (Jutta Lampe) are as similar, and as different, as can be. Marianne is a journalist who believes the only way to enact meaningful social change is through careful observation and factual reporting. Juliane thinks that radical terrorism and fear of violence is the only way to change the world. When Juliane lands herself in prison, Marianne begins to doubt herself and, against the wishes of her boyfriend (Rudiger Vogler), helps her sister. She begins to question the way her sister is treated.