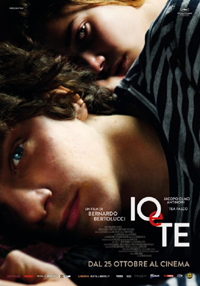 Lorenzo has difficulties in communicating with other people and pays more attention to his inner world. When his class goes to the mountains for a week to ski, Lorenzo secretly settles into the basement of his apartment building. However, his loneliness is interrupted with the unexpected appearance of an unfamiliar girl, whose story is closely interwoven with that of Lorenzo and his family.