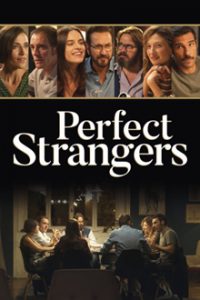 On the evening of a total eclipse of the moon, seven close friends gather for a dinner party. Early in the meal, one of the friends, a relationship therapist named Eva, says that she is convinced that many couples would separate if they saw the messages on each other’s phones. As the friends debate this contention, they agree, some of them reluctantly, to play a game. They will each place their phones on the table and they will share their messages and calls with the rest of the group.

At first, the game seems harmless; no one has anything to hide. Gradually, the calls and messages become more compromising. They reveal that one married woman is having an affair and that a man who has been pretending to have an absent girlfriend is not who he seems. As the calls continue, the network of lies and secrets becomes increasingly tangled. Almost no one at the table is spared. By the end of the night, the group’s friendships, marriages, and romances have all been shattered.