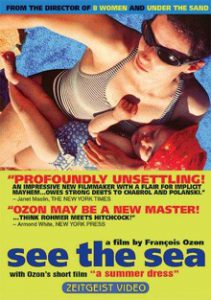 Sasha (Sasha Hails) is a young British woman who lives with her infant daughter in a cottage on the beach. Tatiana (Marina de Van), a strange and hostile young woman, knocks on her door. The campsites are full, she says, and she needs to pitch her tent on Sasha’s large yard. Sasha resists at first, but, after Tatiana’s forceful insistence, she relents and allows the stranger to set up camp in her yard. They soon develop an odd rapport, but a vague sense of menace hangs in the air.