Tea in the Harem 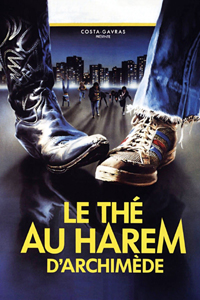 Seventeen-year-old Madjid (Kader Boukhanef) and his friend, Pat (Rémi Martin), spend their days indulging in petty crime in a neglected Paris housing project. Madjid, the son of Algerian immigrants, has trouble getting a job due to widespread racism, while Pat is equally aimless. Those around them similarly struggle, with Pat’s sister turning to prostitution alongside Solange (Nicole Hiss), an alcoholic hooker, and single mother Josette (Laure Duthilleul) contemplating suicide.