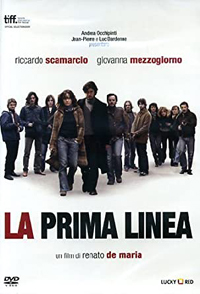 Set during a turbulent period in 1970s Italy, the plot centers on passionate couple Sergio and Susanna, who have been living as fugitives for several years. Pursuing an uncompromising cause as members of the notorious Prima Linea, they have become increasingly alienated from the real world. Their luck finally runs out when Susanna is captured and thrown into a Venice jail with the certainty of a very long sentence. Putting his own life on the line, Sergio embarks on a radical plan to free his lover.

The Front Line is a remarkable film about an extreme left-wing terrorist group, infamous for its violent exploits, and the scourge of the authorities and civilized society for most of a decade. Renato De Maria fictionalizes the story of two of the group’s leaders, Sergio Segio (Riccardo Scamarcio) and Susanna Ronconi (Giovanna Mezzogiorno), who were colleagues and lovers, a modern-day Marxist Bonnie and Clyde. Directed with taut control and an impressive sense of suspense, the film offers a probing and insightful look into the terrorist mind, recreating a period of Italian history many have forgotten.