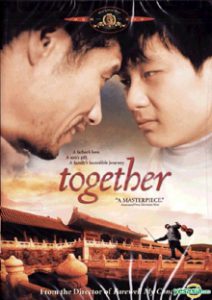 Liu Cheng (Liu Peiqi) is a widowed cook making his living in a small southern town in China. His thirteen-year-old son, Liu Xiaochun (Tang Yun), is a violin prodigy. In the hope that Xiaochun might find success as a violinist, Liu Cheng and Xiaochun travel to Beijing to participate in a competition organized by the Children’s Palace, an arts institution for school children. Even though Xiaochun emerges fifth, he is denied admission into the conservatory as he does not have Beijing residency. Determined to realize his hopes for Xiaochun, Liu Cheng persuades Professor Jiang (Wang Zhiwen), a stubborn and eccentric teacher from the Children’s Palace, to take Xiaochun as a private student.