Vienna 1900: Recollections of a Viennese Girl in Paris 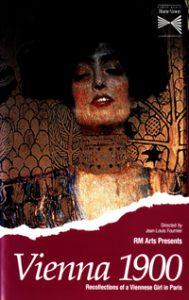 Jean-Louis Fournier’s film revisits Imperial Vienna at the turn of the century, a time and place that exploded in social and political change. This program recounts how the opulent society gave way to new ideas from its intellectual figures, including Arnold Schoenberg, Gustav Mahler, Adolf Loos, Gustav Klimt, Egon Schiele, Sigmund Freud, and Karl Krause.

Vienna in 1900 appeared to be the most carefree place in the world. It was “la belle epoque,” and the waltz was king.  The film reveals a society lost in the pleasures of its glittering empire but teetering on the brink of a revolution in thought that would change the world forever.

A visually rich documentary, film highlights include archival photos and footage, scenes featuring Freud’s home and office, the work of Franz Joseph, Klimt, Schoenberg, and others. The program includes commentary by Lionel Richard. (In English)