What Does Man Live On? 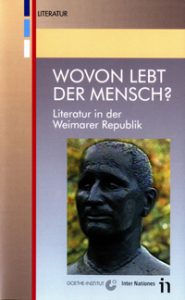 Bertolt Brecht, Kurt Tucholsky and Thomas Mann are the focus of this film as the most important representatives of German literature during the time of the Weimar Republic, around 1918 to 1933. The Republic’s efforts to convey democratic values ​​and its attempts to influence literary work are presented. Historical film material and a creative background story complete this documentary.  (In German)