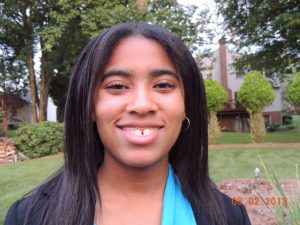 Ariana Woodson (BA International Relations, Asian Studies and Japanese minors 2015) entered the University of Richmond School of Law as a first year JD candidate with the goal of becoming an international lawyer. In the summer of 2016 she worked as an intern at the International Center for Missing and Exploited children gathering information from abroad to affect laws concerning child exploitation.  She also studied in England at Cambridge University’s Emanuel College where had the opportunity to study various facets of international law, mostly pertaining to comparisons between American law and British/European Union law. While there, she had a chance to use her Japanese language skills to translate laws and apply her knowledge of the East Asian region when doing research.

This entry was posted in Alumni Updates, Polyglot and tagged Fall 2016 Polyglot, Japanese.